Clara and Jonesy ran without pause, even when their lungs felt as though they were on fire they ran on. When they passed by the tomb, Jonesy tripped on the slippery surface and without missing a beat was dragged back onto his feet by Clara. 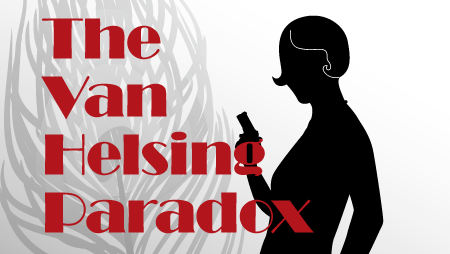 When they finally reached the light of day, they both dropped to their knees. After the experience they had, it was great to feel the warmth of the sun’s glow, a sure-fire sign they were safe.

“Well that explains the lack of traps,” Clara said.

The locals were quick to notice that someone was missing. If the tables had been turned, Clara would have pressed them for information, but they already knew. There must have been local legends on what lurked below.

“Professor Jones,” Clara said. “I thought they had been instructed to set up camp,” she added.

Jonesy looked around and came to the same conclusion. His face was still flushed from the exertion and would need time to recover his mental faculties.

There was still a solid hour of daylight left. That meant they had time to get away from here and never return. Jonesy was certainly thinking the same thing, so he passed on new instructions.

While the locals quickly collected stray items before getting atop their mounts, Clara fetched a pack from hers. She casually walked towards the entrance, gave it another donation of blood and walked on through.

The locals looked at each other in awe. It was one thing to face the horrors below and come back alive. It was something else altogether to walk back inside willingly.

Fortunately Clara emerged quickly and within a minute there was a dull thump. The ground shook, the camels were spooked, but Clara never flinched.

“What did you do,” Jonesy asked.

Clara mounted her camel with a self-satisfied look on her face. Nothing was going to find its way down there without a lot of effort.

“I blew the entrance to the tunnel,” Clara said calmly. “Some things are better left buried by the sands of time,” she added.

Clara sat by a fire looking through the contents of Father Allen’s bag. While Professor Jones wrote up his final report, it was up to her to sort through Father Allen’s belongings.

She never took the time to look at his sketches. They were really quite good, an excellent combination of speed and accuracy. She found a series of sketches dedicated to the city and inside the ziggurat.

She even found a sketch of Professor Jones interacting with the locals. Clara wondered if the professor had known he was being sketched.

She was certainly unaware that she had once inspired him. Clara had been reading a book on that particular evening, even now she found it bizarre to witness another’s perception of her. She was both flattered and worried, given her vocation she should have known what he was up to.

The sketches drawn underground revealed a great deal. Clara had taken pictures as directed, but she had not noticed a series of symbols found throughout the complex. For Clara they had been lost in the noise, like picking out minutia on a complex tapestry.

There were at least fifteen different instances of the half-crescent moon; over and above the one found at the entrance. Some symbols had been in plain sight, while others were concealed.

When Jonesy came by Clara said, “Did you notice these instances of the crescent?”

Professor Jones looked at every sketch. It was clear from the look on his face that he had missed these as well.

“Makes sense,” Jonesy said. “That step pyramid was built in his name,” he added.

“It’s a fitting symbol for those who fear the sun,” she added.

“What do you mean,” Jonesy asked.

“Well,” Clara said while trying to find her words. “Being exposed to the light of God will set them aflame,” she added.

Professor Jones looked at her sceptically. Only the clergy were expected to make that type of connection. Most professors saw these creatures from a pragmatic point of view, concepts based on faith rarely occurred to them.

“It would be sensible for them to worship a God that stood in opposition to the sun,” Clara said.

His eyes were glassy as though years of indoctrination had been shattered. Clara was sure to hear about this back at the Tower, first she lost a priest and then breaks a professor on the same day. At least that would mean no more babysitting for her.

Clara overlooked the top of a ridge and saw the sand swept and desolate land. Up ahead there was a crew busy pulling up a large globe from the back of a truck. The item was covered in spikes that would normally trigger a detonation, however those elements had been disabled as a precaution.

Besides the truck the river was being swallowed up whole. This was one of two access points for the river that ran under the ziggurat. The men continued pulling on with ropes until the sea mine splashed into the water.

In all, there were five other trucks similarly equipped. Clara had managed to convince the Reverend Mother to support this plan. A lot of strings had to be pulled to make this happen, but Clara knew this was the only way.

As the sea mine floated downstream, she looked at her watch and set the timer for twenty minutes. While the default triggers had been disabled, a timer had been wired into the detonator. Clara estimated it would take eighteen minutes to float down and make contact with those doors.

Clara sat down on the ridge with a sketchbook in hand. She began to sketch out the rough details of the landscape and would make touch-ups later. She found the process relaxing and thanked Father Allen for introducing her to it.

After the timer ran out Clara felt the ground shudder. The hunter began to smile once the water level dropped significantly. That meant the obstructions had been destroyed by the mine and the rest of her plan could continue.

A second mine was dropped with a forty-two minute timer. As it floated away, Clara continued on with her sketch. She fought for a few moments to capture the wind-swept ridges, but there was no need to rush.

The second mine detonated out in the open. As expected it overshot the complex by a hundred feet or so.

The third mine detonated after thirty-nine minutes causing the water levels to rise. Clara had detonated this one to damn the river’s exit, exactly as planned.

Before water levels rose over the river banks, the remaining mines were dropped into the water with a thirty minute timer. Clara kept busy by continuing her sketch.

This time the ground shook violently and prompted Clara to collect her things. By that point the trucks had already been evacuated to higher ground. Clara watched as the river flowed over its banks and began to form a lake.

It was impossible to imagine just how much damage had been done by the mines. However, Clara was certain that the water level would make any future pilgrimages impossible. For now, the threat was contained.

The water level would rise until a new path to the river was found. In time the tunnel would be filled with silt and harden like mortar and seal the complex shut.

“Rest in peace,” Clara said as she walked away from this dustbin, never to return.