The End of the Eleventh Cycle – Evelyn Chartres 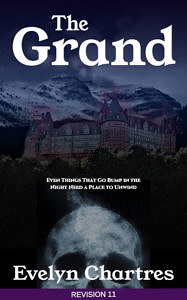 I have completed my eleventh review of the Grand. This review resulted in a 13% decrease in corrections when compared to the tenth cycle. One Small Step had the most substantial drop of 40%, while Journey Through the River of Belief had a 29% increase. Overall, there were 151 corrections and gives us an average of 9 changes per chapter.

About 56% of the chapters saw a drop in changes during this cycle.  Penny Dreadful is the first chapter to have an average of 1,073 words between corrections.

Here is a summary of the cycle:

These revision took far less time than revisions prior to seven and for the following reasons:

I expect to keep pushing through these revisions until the total amount of corrections drop well below 25 for the manuscript. Since there was no change from the previous revision, I expect there are 1 to 3 revisions left.