“What are these called again?” Brett asked before biting down on the flat bread and meat combo that was dripping white sauce. 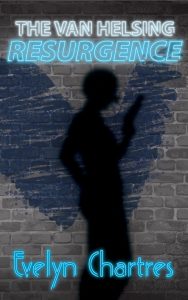 Breanna rolled her eyes, pretending to chew her food to avoid answering. After the day they had, she wanted nothing to do with them. Unfortunately, they still needed to restore auxiliary power.

“It’s called a donair,” Mason said in annoyance, while using his fork to take a bite of his.

Brett scoffed at his counterpart’s eating habits. With all three on edge, every exchange was like a game of hot potato, except with an unstable grenade. Fortunately, the others were giving Brett’s antics a pass because he was the one who spent hours configuring systems in an attempt to restore power.

All Breanna could think of was her thirst, so she plunged the straw through the thickly packed ice and settled it against the corner. After rattling the contents of her cup, the syrupy goodness travelled up the straw and onto her tongue. For a brief moment, the sweetness made her smile. Alas no amount of sugar could keep that up for long.

Without any reason to linger, Breanna returned to her station. Displays were dim, make it difficult to see, so she relied on memory to fly through the prompts. This way, her eyes only needed to focus on responses to reduce eyestrain.

She repeated the last couple of steps expecting the results to change but they did not waiver. That really got her curious, so she leaned back in her chair and looked up at the ceiling.

“What’s up?” Mason asked to avoid watching any more of Brett’s so called eating.

Breanna used the ceiling as a blank slate. Soon, equations filled the void, followed by images and vast amounts of information. Every time she reached a dead end, the white space was restored and another cycle began.

“What the f—” Breanna said half-distracted.

Mason had seen this before. This was her way of escaping into the depths of her mind. In many ways, he envied that talent: the ability to tackle complex problems without the aid of technology or meditation.

“You with us?” Mason asked.

Eventually, Breanna’s mind ran out of scenarios, so she cleared the board and focused on the workstation. As a precaution, she ran the calculations again and got the same results.

“The very definition of insanity,” Breanna said. “When can we get main power online?”

Mason shrugged before he said, “Assuming no more nonsense? I would say days or even weeks. Why?”

“I noticed that our inertial systems are out of tolerance,” Breanna said.

“What would cause that?” Mason asked.

“Normally, a glitch like that will sort itself out. Or a near-Earth object is interfering with our readings,” Breanna replied.

“Let me get this—,” Mason tried to ask but Breanna beat him to the punch.

“There are no objects of sufficient mass within range,” Breanna answered. “And this is not a glitch.”

“So, what’s causing it?” Mason asked, half-expecting her to cut him off again.

The wide smile and narrow stare Breanna adopted gave her a devilish appearance. Both Mason and Brett subconsciously cringed, worried about the gravity of this information.

Mason realised why he had been allowed to ask the question. While her constant interruptions did speed up chatter, Breanna wanted to make sure he got the message.

“How much?” Mason asked.

This exchange caused Brett to slow down his gluttonous activity. His eyes trained on his coworkers to catch every detail of what was going on.

“I’m not sure since I can’t confirm my data using our orbital constellation,” Breanna said.

“How much?” Mason repeated.

“Between one and two percent,” Breanna said faintly.

Brett’s mouth opened wide enough that the contents of his mouth fell back onto the plate. While wholly unappetizing, it did emphasize the severity of this revelation.

“How?” Mason asked with a quivering voice.

Breanna’s eyes lingered on Brett before she turned over to Mason, shrugged, and answered, “No clue…”