The Van Helsing Impetus – Excerpt No. 103

Evelyn’s instructions were cryptic. Which stemmed from the vampire not using the portal or a tendency to grow roots in a specific city. Either way, she had been told to find a newspaper stand. One located in a place where any sane man would wonder how it was still in business.

Those on the top two levels were clearly not going to have a problem. There was tons of traffic, filled with commuters and travellers looking to kill the time until they reached their destination. Right, so let’s go down to the platforms.

Clara followed the mass of people going deeper into the terminal. When there was a fork, she took the one there the fewest diverged and repeated this choice until she was walking with a handful of people. The newsstand on this route certainly merited a visit. 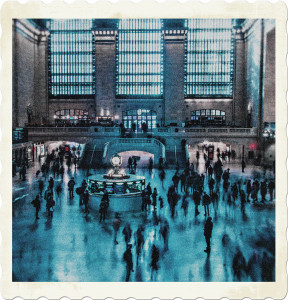