The Van Helsing Impetus – Excerpt No. 111

The next destination appeared to be underwater. Blue and Green made up the bulk of the colours, and light filtering from the surface was diffused by the action of the waves above. In many ways she felt as though she were in an oversized aquarium, equipped with schools of fish going about their business.

None of their gates reached such destinations, and that was purposeful. Humans were not known to love long in oxygen deficient locales such as the moon, or the depths of an unnamed sea. However most of them had no problem with it. Explains why their system is hazardous for human travel.

When that destination faded out, she subconsciously held her breath. The next destination was The Grand and she had no intention of wasting this window of opportunity. The clerk was bound to wake up soon, and might actually harbour ill for knocking him unconscious. 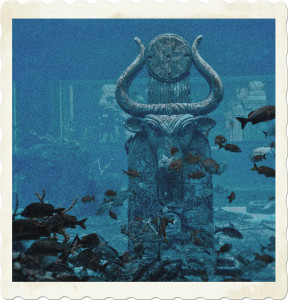