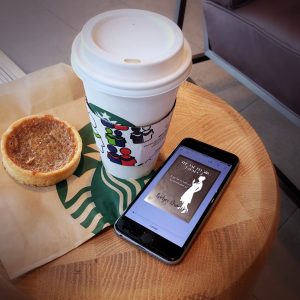 Coffee, a treat and a good book? http://bit.ly/2QgqOLJ

I am exploring advertising ideas for the Van Helsing Paradox! Off to a good start?

What does: 1 manuscript; 15 revision cycles; 17 chapters; 1350 annotations made during copy editing; and 63631 words add up to? Good question. The beginning of the end! 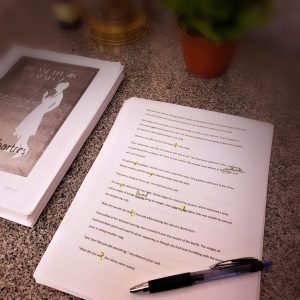 Yesterday’s fortune said that ‘I would become an accomplished writer.‘ I am not really sure how to take that! 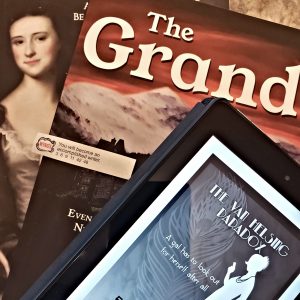 A couple of weeks ago, I was cooking on the balcony when my daughter came out.  Despite the rainy weather, she asked me the jump her, which involves picking her up then launching her into the air several times.

I told her it was dangerous, considering how the wet cement and we were three stories up.  My child said I was right, though not for  reasons I thought.

According to her, she would likely fall onto a tree branch located just off the balcony. I would then have difficulty in catching her once she dropped from a branch to get down.  Not once did she consider falling to the ground and get hurt or worse.

Sometimes we forget the innocence which exists in the mind of a child.

Parents have life experiences to draw from either be it direct or anecdotal.  News sources often describe scenarios that makes parents cringe and help us form a bias.

Children on the other hand, rarely have any such background when formulating risk.  This is compounded by the fact parents tend to shield them from certain aspects of reality.

Hence as a writer, it is important to remember what children say.  Use this as guidance when formulating characters of that age.  Our own memories are likely biased and in some cases distant.

So when you write about a young character into a situation.  Do not assume they would make the same decisions as us. Chances are they will find a way to surprise you!