The End of the Twelfth Cycle – Evelyn Chartres 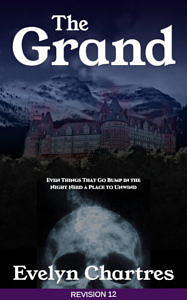 I have completed my twelfth review of the Grand. This review resulted in a 40% decrease in corrections when compared to the eleventh cycle. Siamese Dreams had the most substantial drop of 64%, while Penny Dreadful had a 25% increase. Overall, there were 91 corrections which averages 6 changes per chapter.

About 94% of the chapters saw a drop in changes during this cycle. This is the first cycle where the amount of changes are less than one per percent and the Mad Hatter’s Mirror averaged of 1,423 words between corrections.

Here is a summary for this cycle:

These revision took far less time than revisions prior to seven and for the following reasons:

I expect to keep pushing through these revisions until the total amount of corrections drop well below 50 for the manuscript. Since there was no change from the previous revision, I expect there are 2 revisions left.