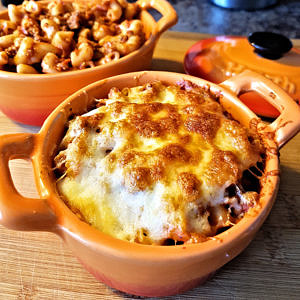 Ground beef and macaroni with a pasta sauce is pretty much a staple of Canadian cooking. There is also seems to be no end in sight for variants on this particular dish and it is readily available in stores.

This variant is quick and easy to make. I use melt some shredded cheese on top using an oven. While I use a four-cheese or Portobello mushroom pasta sauce, any variants that catch your eye will do! 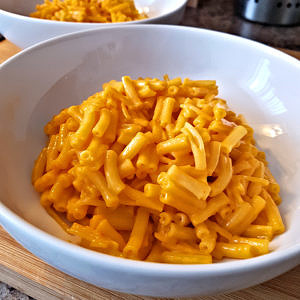 Kraft Dinner seems to be a Canadian icon. This meal is often a favourite of children and often a survival tool for the starving university student. Quick and easy to make, it sometimes pays to have a few boxes handy in case you get inundated with children.

During the past few years, when not otherwise occupied,I have been catching up on the classics.  Some of these have included 1984, Les Trois Mousquetaires and Frankenstein.

One lovely word discovered too late to prevent some serious hair pulling!

Lacking from this collection of literature was the presence of any Canadian classics.  Hence, for the first time since university I took it upon myself to catch up on some Canadiana.

Enter Anne of Green Gables and Anne of Avonlea, part of a series which I am reading while I review The Grand Project.  These books have inspired generations of readers, exported Canadian culture to the Land of the Rising Sun and reminded resistance fighters of what they were fighting for.

So why had I missed the bandwagon before now?  Even after I paid a visit to Prince Edward Island? Who knows! However, I feel that having a child now allows me to appreciate the stories.

I must confess however that I now wish I had read these books earlier.  Perhaps I may not have been ready for them or been appreciated the works, but it would have certainly introduced me to a very special word: Moonglade.

I came across this word while reading the Anne of Avonlea and may not have noticed had Lucy Maud Montgomery not decided to make a character explicitly define the word.  It describes the shimmering path of silvery light that is reflected off the moon onto a body of  water.

One lovely word discovered too late to prevent some serious hair pulling when describing a scene from The Portrait!  To think that word was just waiting for me, and all it needed was to pick-up the right set of Canadian classics.

I will probably make a point of it to use that world in future literature.  A shame that The Grand is nestled in the mountains!